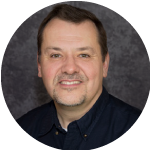 Shawn currently a professor at The Ohio State University where he teaches aviation safety, human factors, accident investigation and complex aircraft operation for the Department of Aviation. He also serves as the department’s research coordinator. Other teaching responsibilities have included teaching cognitive engineering for the Industrial Systems Engineering Department and clinical toxicology for the College of Pharmacy. Shawn also owns his owes consulting business/company – Human Factors Investigation and Education. Prior to coming to OSU, he flew as a Captain with Comair Airlines (Delta Connection) for 10 years flying the Canadair CL-65 regional jetliner. He has over 4,300 hours of flight time of which 2,900 is turbojet and has a type rating in the CRJ in addition to both ATP multi and commercial single engine cert. He is also a CFI, CFII and MEI and has given approximately 600 hours of flight instruction.

Shawn was extensively involved with both local and national safety work for the Air Line Pilots Association International (ALPA) and held many national and local positions including Director of Human Factors, local safety committee Vice-Chair, and both Assistant Chief and Chief Accident Investigator for ALPA at Comair. He has also served on or co-chaired several national aviation working groups with the FAA. With ALPA, he has worked numerous accident investigations with the NTSB including the Comair 5191 Lexington, KY accident where he was ALPA’s principle human factors investigator.He is a frequent commentator for CNN, BBC, Canadian news network, National Geographic and several other international TV and radio news programs. He has served as an aviation technical expert and extra for several large budget Hollywood films.

Shawn graduated from the Ohio State University in 1989 with a Bachelor of Science in Pharmacy and before he began his career in aviation he worked as a licensed pharmacist for 10 years at the Central Ohio Poison Control Center in Columbus, specializing in the field of toxicology. He was a certified as a Specialist in Poison Information (CSPI) since 1991 and during this time, he was also a paramedic and firefighter with Jackson Township Fire Department in Grove City, Ohio. Since 1990, he has published and presented to regional, national and international audiences in the fields of toxicology, aviation, accident investigation to name a few. He serves on the editorial staff of several professional journals.

He has received specific human factors training at the University of Southern California in Los Angeles, the National Transportation Safety Board Training Center in Washington D.C. and with Dr. Sidney Dekker at Lund University in Lund, Sweden. In May of 2006 he earned a Master’s Degree with distinction in Aeronautical Science/Human Factors from Embry-Riddle Aeronautical University. His graduate research project, titled “Does postmortem toxicological drug analyses accurately identify a medication’s pharmacological influence at the time of accident?” This combined his toxicology expertise and interest as an accident investigator. He is an internationally recognized expert in accident causation and the design of automated systems. He has lectured and performed safety consulting work all over the world in many domains

His current interest and focus includes the role that safety culture, human performance and human error play in understanding accident causation. He is especially interested in how these concepts when viewed through the lens of complexity theory can affect our construction of causation. He completed his PhD in the summer of 2018 in cognitive engineering at OSU. Shawn is a member of the International Society of Air Safety Investigators (ISASI), the Association for Aviation Psychology (APA) and the Human Factors and Ergonomics Society