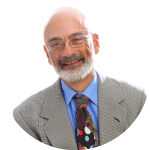 Robert Berliner has practiced law for over 45 years, with experience in nearly every area of the law, including litigation, but with particular emphasis on real estate transactions and mediation and arbitration of real estate and other commercial disputes. Among other things, he was retained as a “third party professional qualified in financial and economic analysis” and, as such, adjudicated a dispute between the Illinois State Lottery and its then outside management company. He was general counsel and shareholder of a national real estate investment and development company which developed and owned apartments, retail centers, hotels and office buildings throughout the United States. He has been a principal in many real estate and other business ventures and taught Real Estate Investment Analysis as an adjunct professor at the Stuart Graduate School of Business, Illinois Institute of Technology, as well as being a guest lecturer and teacher in courses involving real estate and the law at other institutions. Mr. Berliner has served as an expert witness in a number of cases involving real estate, often involving claims of legal malpractice, and has testified at depositions and in court. He has been retained by attorneys for clients in some cases and for lawyers in other cases where legal malpractice has been alleged. Among other honors, he has been named an Illinois Super Lawyer, is a Founding Member and Executive Committee Member of the Illinois Chapter of the National Academy of Distinguished Neutrals, a select invitation only group, and received the John C. McAndrews Award for Pro Bono Service from the Illinois State Bar Association in 2019. He is a graduate of Harvard College and Harvard Law School and served in the U.S. Navy as an officer on a nuclear powered submarine. For more information, see his website at www.berlinergroup.com.

Some of the cases for which he has been retained are the following:

Get In Touch With Robert W Berliner, Jr., Esq.