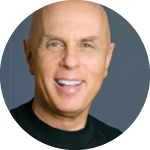 Richard has written numerous articles for his magazine, Global Toy News as well as for other toy publications in the U.S. and abroad. Due to his experience and expertise in the toy industry, he has been interviewed by hundreds of global media outlets, including ABC News, CNN, MSNBC, the New York Times, and Newsweek, regarding toy industry issues. (Examples of my interviews can be found at Global Toy Experts Interviews.

Richard has an MBA in Global Management and is a voting member of the National Toy Hall of Fame Selection Committee.

Leave a review for Mr. Richard A. Gottlieb

Get In Touch With Mr. Richard A. Gottlieb