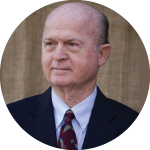 He is a member of the Scientific Advisory Panel for the American Council on Exercise and their Senior Advisor on Exercise Science. He is the ACSM representative to RAFA/PANA (Physical Activity Network of the Americas) and a member of its Executive Committee. He was one of the five principal investigators of the HERITAGE Family Study, a large multi-center investigation of the role that genetic factors play in the response to training of risk factors for cardiovascular disease and diabetes.

As principal investigator, co-principal investigator or member of an executive committee, he has been involved in research grants totaling more than $50 million. He received the 2014 ACSM Honor Award, the highest award in his field. In 2011, he received a Doctor Honoris Causa from Semmelweis University in Budapest, Hungary. Dr. Skinner has published over 295 articles and book chapters, 8 books, 2 books that he translated from German, and 21 educational DVDs.

He edited three editions of a textbook on exercise prescription for special populations (heart disease, hypertension, diabetes, elderly, obesity, pregnancy, etc.). He has conducted personal trainer certification workshops for ACSM and for Exercise is Medicine. He has been actively investigating the relationships between exercise, training and health for more than 55 years and has lectured in English, French, German and Spanish in 66 countries about these relationships.

Dr. Skinner has been an expert witness for plaintiffs and defendants in cases involving: injury
while exercising at health clubs or high school; prisoner rights to exercise; safety of exercise
equipment; patent infringement. Has given depositions and has written reports for attorneys.
There have been depositions but limited testimony, as cases were usually settled out of court.

Get In Touch With James S. Skinner, PhD