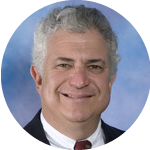 Howard Brownstein is a nationally-known turnaround and crisis management professional, and is the President of The Brownstein Corporation, which provides turnaround management and advisory services to companies and their stakeholders, as well as investment banking services, fiduciary services, and litigation consulting, investigations and valuation services. He has served in senior positions in turnaround management firms for over thirty years, leading turnaround assignments for clients, advising senior management and fulfilling a senior management role, and having overall responsibility for transactional activities and the marketing of services to clients.

Mr. Brownstein has served as Financial Advisor to Debtors, lenders and lender groups, and Creditor Committees in bankruptcy proceedings, and as a litigation expert in several cases, including the landmark Merry-Go-Round bankruptcy.  Mr. Brownstein served as Chief Restructuring Officer in U.S. Mortgage which involved a $138 million mortgage fraud, and led the Plan Administrator team in Montgomery Ward LLC, the largest retail liquidation in history.

In addition to his many years in the turnaround profession, Howard Brownstein has served for more than forty years as an independent corporate board member for publicly-held and privately-owned companies, as well as large nonprofits.  He has been named “Directorship Certified” and a “Board Leadership Fellow” by the National Association of Corporate Directors (NACD) and served as Board Chair and President of its Philadelphia Chapter.  He also served as Vice Chair of the ABA Corporate Governance Committee and currently co-chairs its programming, and has been named a Fellow of the American Bar Foundation, which recognizes only one percent of lawyers admitted to practice in any state.  He has chaired boards of directors, and also chaired board Audit, Risk, Nominating and Strategic Planning/Risk Assessment committees, and is a “Qualified Financial Expert” (QFE) for Sarbanes-Oxley purposes.

Howard Brownstein currently serves on the Board of P&F Industries (NasdaqGM: PFIN), a publicly-held manufacturer/importer of air-powered tools, and the Board of Merakey, a leading nonprofit provider of education and human services, with more than 10,000 employees in several states.  He served on the Board of Renew Financial, a leading provider of innovative “PACE” financing for home improvement projects, where he chaired its Risk and Operating Committees, as well as the Board of A.M. Castle & Co. (OTCQB: CASL), a multinational metals distribution and supply chain solutions company.  He also served on the Board and chaired the Audit Committee of PICO Holdings (Nasdaq: PICO), a publicly-held diversified holding company with investments in water resources and storage operations, and real estate operations, and chaired the Board Audit Committee of LMG2, successor to Chicago Loop Parking, a $600Mil parking infrastructure entity in downtown Chicago, in which a lender group led by Société Générale succeeded to ownership following a restructuring.

Mr. Brownstein also served as sole Board member of Betsey Johnson LLC, a privately-held designer and retailer of women’s apparel with equity sponsor Castanea Partners, and he previously served on the Board of Directors of Special Metals Corporation, a $1 billion nickel alloy producer, where he also chaired the Audit Committee.  He also served on the Board and Audit Committee of Magnatrax Corporation, a $500 million manufacturer of metal buildings.  He also served as Chair of the Board of Trustees of the National Philanthropic Trust, among the fastest-growing charities and largest grant-making institutions nationally (over $1 billion to date), and the largest independent provider of donor-advised funds, with over $700 million under management at the time.  Mr. Brownstein previously served on the Board of a regional bank, a retail department store, and nonprofit Boards including Chair of a United Way agency.

Mr. Brownstein is a Certified Turnaround Professional (CTP).  He served on the International Board of Directors of the Turnaround Management Association (TMA), its Executive Committee, and chaired its Audit Committee, and received TMA’s “Outstanding Individual Contribution” award in 2007.  He served on the Board of the American Bankruptcy Institute (ABI), co-chaired its Complex Financial Restructuring Program and its Mid Atlantic Bankruptcy Workshop for several years, and is a Coordinating Editor of the ABI Journal.  He served on the Governing Board of Secured Finance Network (SFNet, formerly the Commercial Finance Association) Education Foundation.  Mr. Brownstein is a frequent speaker at professional and educational programs, including at Harvard Business School, Wharton, NYU, Villanova Law School, Northeastern University, ABI, the American Bar Association, the Association for Corporate Growth (ACG) and TMA.  He has published over 100 articles, textbook chapters and e-books, including ABI’s eBook Problems in the Code, has served on the Editorial Board of The Journal of Corporate Renewal, and chairs the Editorial Advisory Board of abfJournal.

Howard Brownstein is a graduate of Harvard University, where he obtained J.D. and M.B.A. degrees, and of the University of Pennsylvania, where he obtained B.S. and B.A. degrees from the Wharton School and the College of Arts and Sciences.  Mr. Brownstein is admitted to the bars of Pennsylvania, Massachusetts and Florida, but does not actively practice law.  He also served in the U.S. Air Force Reserve, attaining the rank of First Lieutenant in the Medical Service Corps.  He is reasonably fluent in Spanish, and also speaks some French and Japanese.

Get In Touch With Howard Brod Brownstein, CTP