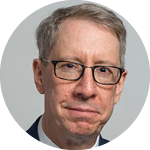 Ross S. Delston is an  independent American attorney, Certified Anti-Money Laundering Specialist (CAMS), expert witness and former banking regulator (FDIC) with over 40 years of experience in the financial services sector. He has specialized in Anti-Money Laundering / Countering the Financing of Terrorism (AML/CFT) issues for over 20 years.

Mr. Delston has acted as a testifying or consulting expert on AML/CFT issues in numerous civil and criminal cases, including on behalf of the U.S. Attorney’s Office, Southern District of New York, in U.S. v. Prevezon, a civil forfeiture case involving the proceeds of a massive Russian fraud. He also testified fvirtually or three days in a Canadian courtroom in Joint Liquidators of Stanford International Bank v. Toronto-Dominion Bank.

Other engagements in the AML/CFT field include participating in two major compliance projects involving international banking and finance, AML, KYC/CDD, and OFAC/sanctions: The first, a five-month assignment as part of the Independent Consultant’s team for BNP Paribas in the aftermath of an enforcement order, and the second, a 15-month assignment as part of the monitorship team for AIG. Other engagements include revising the trade finance procedures for the US operations of a major foreign bank; participating in five annual independent AML audits for a publicly held company; and conducting an assessment of the AML/CFT framework of a leading offshore financial center.

Ross has been a consultant to the International Monetary Fund (IMF) since 1997 on AML/CFT and banking matters and has participated in the AML/CFT assessments of nine offshore financial centers, including Saint Vincent, Bermuda, Jersey, Guernsey, and the Isle of Man. He has also been a consultant to the World Bank, 1998 – 2014, on banking regulation, resolution, insolvency, and systemic crisis issues for numerous countries in Africa, Asia, Eastern Europe, and the former Soviet Union.

Expertise also includes:
• Independent audits, reviews and testing of AML programs.
• Assessments of AML programs of financial institutions in advance of a regulatory audit, on-site examination or inspection.
• Drafting AML/CFT policies and procedures, including, but not limited to, trade finance and trade-based money laundering controls.
• Assessments of AML/CFT frameworks of foreign countries, including the regulation, supervision, inspection and examination of financial institutions.
• Training of compliance, operations and marketing personnel.


Previously, Ross was a Consulting Counsel, IMF; Of Counsel, Jones Day; Assistant General Counsel, FDIC; and Counsel, U.S. Export-Import Bank. He is also the co-author of two law review articles on trade-based money laundering (TBML), both published in the Case Western Reserve Journal of International Law: “Strengthening Our Security: A New International Standard on TBML is Needed Now” (2012 ) and “Reaching Beyond Banks: How to Target TBML and Terrorist Financing” (2009).

Ross is a frequent speaker at seminars and conferences throughout the world, has appeared on TRT World News (the English language channel of the Turkish government), CNN International and BBC TV News and has been quoted in numerous publications, including the New York Times, the Times of London, the Washington Post, the Wall Street Journal, the New Yorker, Bloomberg, the American Banker, the Telegraph (U.K.), the Hindu Business Line (India) and the Nikkei (Japan).

Get In Touch With Ross S. Delston