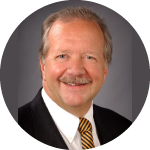 Recently, Dr. Lovecchio was featured in a PBS television documentary titled, “The Whisper: The Silent Crisis of Ovarian Cancer.” His expert witness and courtroom testimony experience exceeds (25) twenty-five years of professional service to both plaintiff and defense malpractice actions.

Get In Touch With John Lovecchio, MD