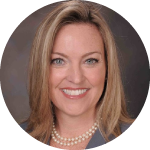 Dawn M. Hughes, Ph.D., ABPP is a clinical and forensic psychologist in New York City who specializes in the assessment and treatment of interpersonal violence, traumatic stress and the anxiety disorders.

Dr. Hughes maintains an independent practice in clinical and forensic psychology in New York City. Additionally, she is a Clinical Assistant Professor of Psychology in the Department of Psychiatry at New York Presbyterian Hospital-Weill Cornell Medical College and Board Certified in Forensic Psychology.

Dr. Hughes conducts comprehensive forensic psychological evaluations, provides attorney consultations, and serves as an expert witness in the general area of psychological disorders or distress and particularly in intimate partner violence (domestic violence), adult survivors of childhood sexual/physical/psychological abuse, rape and sexual assault, and traumatic stress disorders. Dr. Hughes’ findings and opinions are objective as she consults in matters for both criminal defense and prosecution, as well as both plaintiff and defense in civil matters.

Dr. Hughes has performed hundreds of psychological assessments of litigants in civil matters and of defendants in criminal matters. Dr. Hughes is frequently consulted on criminal and civil cases involving the multiple and varied psychological and traumatic effects of the various types of interpersonal violence and traumatic experiences, such as clergy abuse, Boy Scout abuse, teacher/coach abuse, and campus sexual assault. Dr. Hughes has served as an expert witness in numerous criminal cases involving battered women who have assaulted or killed their abusive partners in self-defense and of abuse victims who have acted out violently against their perpetrator.  In criminal matters, Dr. Hughes has assessed numerous individuals with regard to their psychological functioning and psychological state of mind at the time of an alleged offense.

Dr. Dawn Hughes received Board Certification in Forensic Psychology in 2005. The receipt of the Diploma in Forensic Psychology from the American Board of Professional Psychology (ABPP) attests to the fact that an established organization of peers has examined and accepted Dr. Hughes as functioning at the highest level of excellence in the field of forensic psychology.  The ABPP diploma has been recognized by judicial decisions, regulations, and statutes in some jurisdictions as the standard of professional competence in forensic psychology. The Diploma awarded by the American Board of Professional Psychology (ABPP) is the only post-doctoral specialty certification recognized in the American Psychological Association (APA) Directory.

Dr. Hughes has been admitted as an expert in State Courts in New York, New Jersey, Pennsylvania, Connecticut and in the United States District Court for the Northern and Southern Districts of New York.  She is licensed to practice in the States of New York, Connecticut, and North Carolina.

Get In Touch With Dawn M. Hughes, Ph.D., ABPP